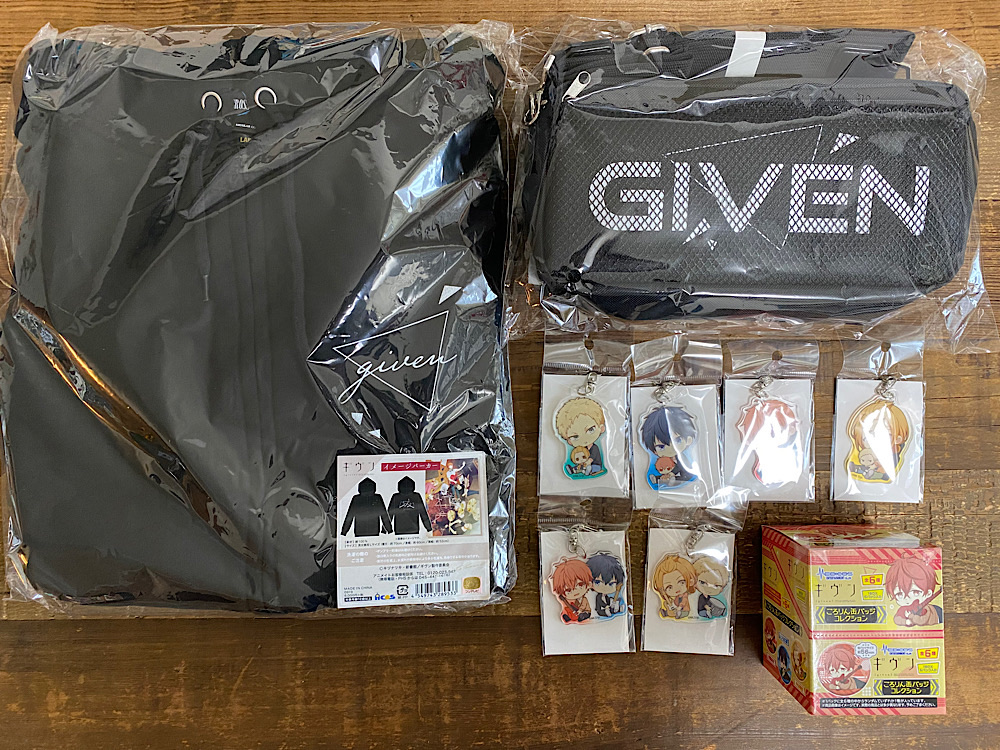 The customer ordered some goods of animation series of Given, which is originally a Japanese manga series written and illustrated by Natsuki Kizu. The series follows a group of four students in an amateur rock band, and the dual romantic relationships that form among them. It has been adapted into an anime series, films and stage plays.