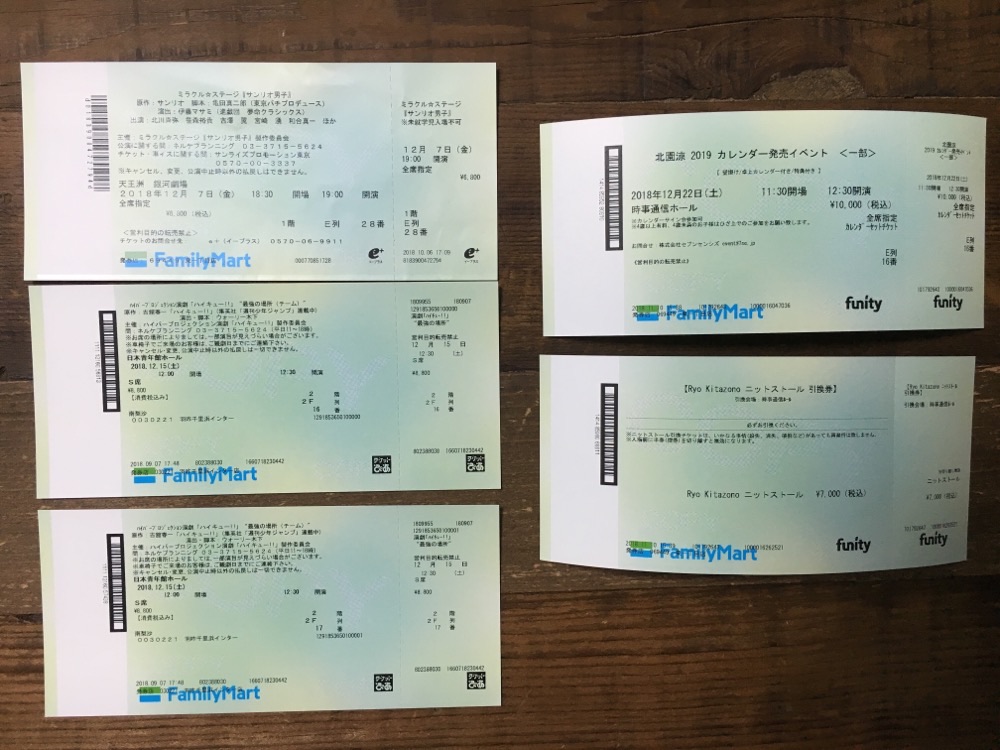 The customer was planning to visit Japan to watch 2.5D musical, Hyper Projection Engeki Haikyu and Miracle Stage Sanrio Boys. She was also planning to join a fan club event of her favorite artist. I helped her to get all tickets.
Haikyu!! is a Japanese shonen manga series that is about a junior high school student who plays volleyball. Doujinshi is a self-published works by amateurs, usually magazines, manga or novels. Sanrio Boys (Sanrio Danshi) is a Japanese media franchise created by Sanrio. It has been adapted as anime series, novels, video games, and stage musicals, and very popular particularly with young women.
A 2.5 dimensional musical, also known as an anime musical, is a type of modern Japanese theater production based exclusively on popular Japanese anime, manga, or video games. The term “2.5D musical” was coined to describe stories presented in two-dimensional medium being brought to real life. 2.5D musicals actors wear make-ups and costumes that accurately depict the actors as the original anime characters, along with exaggerated acting that mimics the original expressions in the original anime. With the evolution of technology, some of the modern 2.5D musicals uses projection mapping, and special effects and stunts of actors attracted lot of fans mostly young women in their teens and 20s.