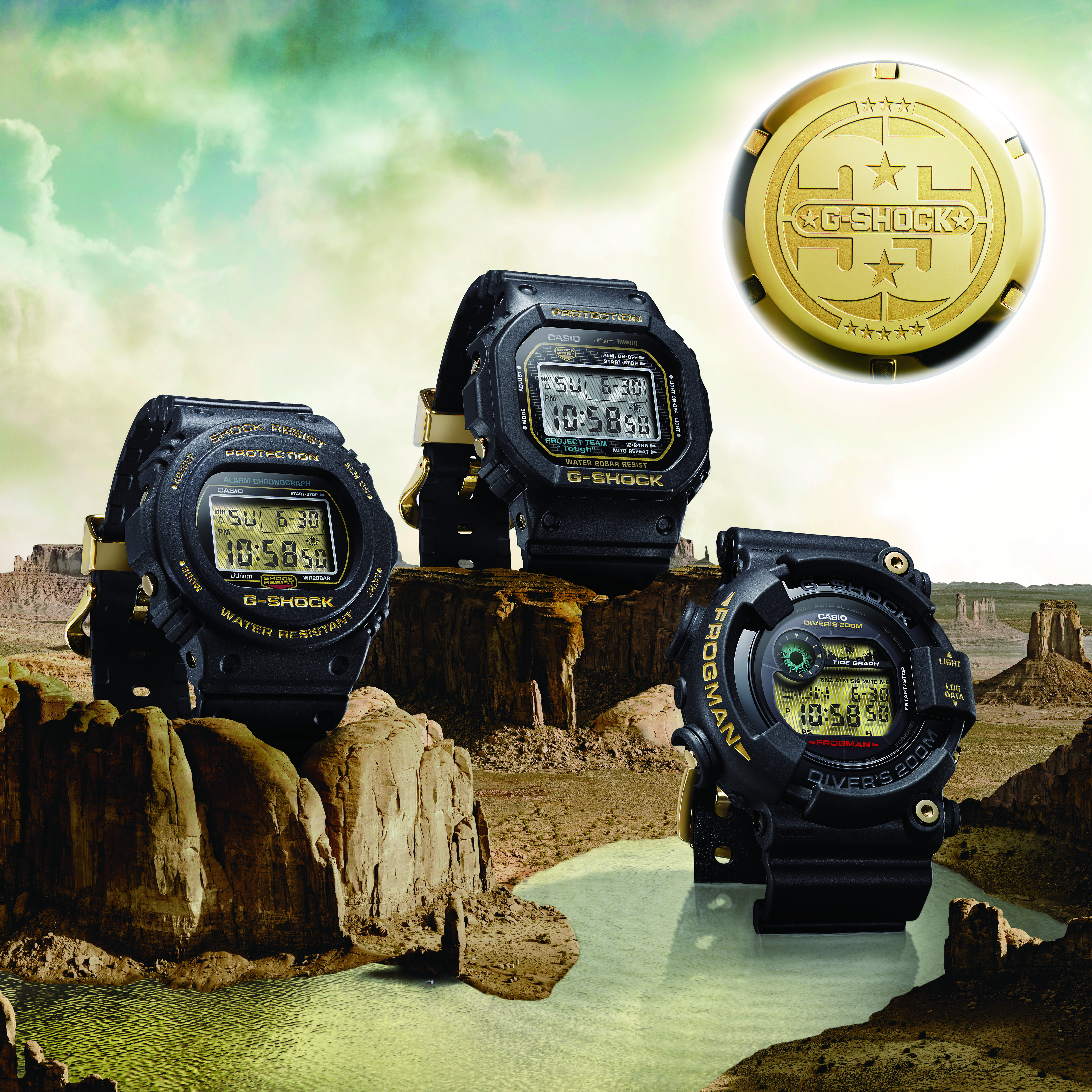 Casio announced that the G-Shock 35th Anniversary Origin Gold Collection will be released on April 13th. There are three models designed with a tribute to the original G-Shock, the first round-face G-Shock, and the second-generation Frogman. With black base color, gold is treated for liquid crystal, back cover, bezel logo, push buttons and screws. All models adopt high airtight screw-back case with engraved G-SHOCK 35th anniversary logo. The watch is housed in a case dedicated to the 35th anniversary model.

DW-5035D-1BJR
The ​​DW-5035D-1B is based on the first G-Shock model ever released, the DW-5000C from 1983. Like the original it has a screw-back stainless steel case and features the brick wall pattern surrounding the display. Also like the original it is battery-powered and has a standard LCD display. As with previous DW-5000 anniversary releases, the ​​DW-5035D features the Project Team “Tough” logo in tribute to G-Shock creator Kikuo Ibe and his team of Casio engineers.
20,000 JPY (+tax)

GF-8235D-1B
The base model (GF-8250) of the Frogman GF-8235D-1B is inspired by the exterior design of the second-generation Frogman DW-8200 from 1995. Like all Frogman models it has a screw-back stainless steel case and is an ISO Diver’s 200M watch. Unlike the early Frogman watches this one has Tough Solar power and a tide and moon graph.
48,000 JPY (+tax)